Years and years from now, I’ll remember how March 2020 is when the United States began to crack down against COVID – 19. New phrases and buzz words such as “social distancing” and “shelter at home” became integrated into our daily vocabulary. March 2020 is also the month that I began working from home.

Last month brought about a lot of uncertainty, isolation, inconveniences, and fear. However, I’ve been trying to focus on the silver lining. I’ve gotten to spend a lot more time with my husband and toddler. I’ve saved money on things like gas and eating out. And what I noticed the most is I had time to read a LOT more books last month!

I thought now would be the perfect time to start a monthly book review for The Lighthouse Chapters. The following is a short review of the eight books I read during the month of March 2020, in order by author. Enjoy!

The Handmaid’s Tale by Margaret Atwood

This month, I read this book for the second time. Admittedly, I rushed through the book the first time around and didn’t retain much from it. In reading it a second time, I was interested to see how closely the show stayed to the book.

This book is a must-read, plain and simple. It’s a dystopian novel that creates a sense of eeriness and foreboding with every page turn. Not because the ideas are far-fetched or fantastical, but contrarily because the reader can begin to see how small changes to our current state, taking place quietly over time, could easily lead to a Gileadean reality.

I could go on and on about this one as there’s tons to dissect and examine, but I think it’s best left for your next book club discussion. At this point, I feel as though most people are familiar with the premise and those who aren’t should probably just read it now.

The Art of Arranging Flowers by Lynne Branard

I snagged this book on clearance from Barnes & Noble for about five bucks, and I’m so glad I did!

The novel centers around Ruby, a florist in a small town who has a gift when it comes to creating bouquets. Her work behind the floral counter has helped to play matchmaker, heal broken hearts, and mark life’s celebrations. However, Ruby herself lives a lonely life since the unexpected death of her sister.

It will take a few key characters in this novel to help Ruby break down her walls and help her to see that love and living life are worth the pain that is sometimes caused.

Captain Dan easily took up a spot on my list of favorite literary characters of all time, and the author beautifully drew symbolic parallels between the character arcs and the life cycle of flowers.

This is another great one for book club!

The third installment in the Outlander series, and my favorite in the series so far, Voyager continues the story of Claire Fraser as she once again travels through space and time to reunite with her husband, Jamie.

Without giving away too many spoilers in the series, I found Gabaldon’s third novel to be the most adventurous, the most magical, and the most interesting in terms of characters and location. It had a much different feel than the other books in the series and I had many late nights where I just couldn’t bring myself to put the book down!

Drums of Autumn by Diana Gabaldon

After burning through the pages of Voyager, I knew that the fourth book in the Outlander series was going to have some big shoes to fill. I can’t say that I loved Drums of Autumn as much as Voyager, but it gave me a true appreciation for Gabaldon’s story telling ability, attention to detail, and the immense amount of research and care that she had to have put into this series that spans not only continents, but centuries.

All in all, I enjoyed Drums of Autumn, but it had the feeling of a set-up novel for greater things to come in book five.

The Girls in the Garden by Lisa Jewell

This novel followed the classic trope of seemingly perfect characters that actually all have secrets to hide. I’ve found that personally, I get bored easily with this motif, but Lisa Jewell made it work in this novel.

The reader learns right off the bat that 13 year old Grace is found unconscious and half-clothed in a community garden, lending to a feeling of ominousness throughout the entirety of the book. The close-knit community that surrounds the garden at first seems comforting and safe but I soon found myself thinking there was something unsettling about the close relationships between certain individuals.

The children that the story centers around are at an impressionable age where peer pressure and pushing boundaries makes the plot and decisions made by the characters very believable and realistic while still being a page turner.

The Tattooist of Auschwitz by Heather Morris

This book was an easy read and I finished it in an afternoon. It lived up to all the hype and I found myself unable to put it down for more than about five minutes.

It follows Lale, a young man who is taken to Auschwitz-Birkenau. His ability to speak several languages is an asset to the officers in the camp, and he is soon put to work tattooing numbers on the arms of the prisoners that arrive daily.

Eventually, a young woman comes through his line and it’s love at first sight for Lale. He risks his own safety to visit her and talk to her and he promises that one day, they will be free and they will be married.

This is a beautiful book that is based on true events that examines the resiliency of the human spirit and the overwhelming power of love.

This book can be considered a sort of spin-off from The Tattooist of Auschwitz, as it follows the main character Cilka, who appeared as a minor character in The Tattooist.

I enjoyed this book even more, I think because I could connect with the female protagonist Cilka more than I could with Lale. Cilka’s Journey picks up with Cilka after she is released from Auschwitz-Birkenau but unjustly sentenced to a Soviet labor camp for being a Nazi sympathizer. She survives in the Soviet camp by making it her duty to care for others and eventually secures a position in the camp’s medical ward.

Cilka’s Journey, like The Tattooist of Auschwitz, is also based on true events. You won’t regret reading this one!

Behind Closed Doors by B. A. Paris

I wasn’t sure what I was expecting when I first started reading this book, but I was pleasantly surprised with the progression of the plot.

The reader is instantly introduced to Jack and Grace, a seemingly perfect and oh-so-in-love couple. However, early on, I started to pick up on some clues that things maybe weren’t as perfect as they seemed.

I liked that this book moved at a very quick pace. I found myself wanting to keep turning the pages to find out what would happen next. The action kept the book moving. B.A. Paris did an excellent job of making certain characters easy to hate for the reader while wanting to cheer on others, and the entire novel ended in a very satisfying way.

Pick this one up if you’re looking for something suspenseful! 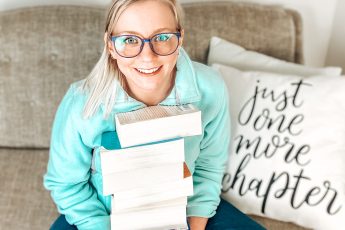 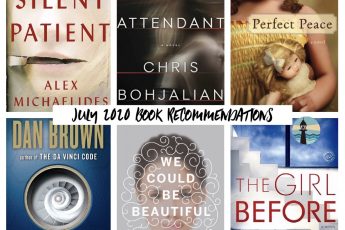