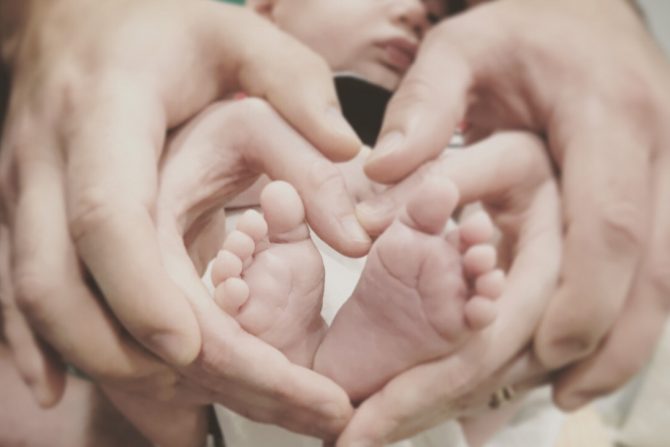 NICU Awareness Month:  “Designed to honor families experiencing a stay in the neonatal intense care unit and the health professionals who care for them” (https://www.nicuawareness.org). In April of 2018 we became a family.  Owen came into the world kicking and screaming, ten weeks early, and would spend two months the NICU.  Those two months defined our new family.

It changed me.  My own mortality was thrown in my face and I now, almost a year and a half later, wake up every day grateful for the health and the strength that I have.  At the time, I questioned how I was going to be able to care for my child when I could barely take care of myself.  I rarely held my own baby for the first week of his life, afraid of my own weakness.  Without the strength to stand, I watched my husband change the diapers of our two pound son through the doors of an isolette as I sat in a wheelchair, for weeks. My husband spent days often without sleeping, without eating, bouncing between my recovery room and the NICU, serving as both my and Owen’s advocate when neither of us could speak for ourselves.  I am in awe of his strength.  He was there for us when no one was there for him, the fear of losing one or both of us always on his mind.

And then there’s Owen.  The definition of a fighter.  He fought so hard for the first two months of his life, just to be with us.  He constantly surprised his team of doctors and was called “Mr. Feisty” by the NICU nurses due to his strong opinions and stubborn personality.  We eventually lost count of how many times he pulled out his feeding tube. We spent 56 days in the NICU watching other babies come and go, wondering when would be our turn.  Surrounded by beeps, alarms, and expensive equipment was a constant reminder that our experience was different than most families.  But as each of those 56 days ticked by, Owen was working hard at becoming stronger and stronger.  Being NICU parents has taught us to celebrate the little things.  Because in the NICU, the little things aren’t so little.  Every milliliter of food that Owen digested was a huge victory, and another step towards his exit.  Every ounce he gained was a celebration. When he was taken off his monitors, we felt both elated and terrified.  It’s an odd feeling, having people that started out as strangers taking care of your child for eight weeks and then finally releasing him to you.  We spent weeks awaiting the day we would get to take Owen home, then wondered and worried if we were capable enough once that day finally came.  I spent Owen’s first care ride home in disbelief and when we finally brought him into the house I wept and wept.  Our little family had battled and made it out the other side more than a little changed.

Each of Owen’s milestones continue to be enough to bring us to our knees, considering how his life started out.  The first time I heard him laugh broke my heart clean in two.  Our little two-pounder who couldn’t digest six milliliters of milk through a feeding tube, and would become too fatigued to finish a feeding, soon began to greedily guzzle down four ounces every three hours, and we came to keep an extra two ounce bottle in the fridge “just in case he’s still hungry”, which was often.  If feedings didn’t move fast enough for his liking, he would take our hand holding the bottle and push it towards his mouth.

As the months have gone on, I think we’ve maintained that NICU parent mentality.  That is, the smallest victories have been the biggest celebrations for us.  We were elated once Owen finally made it off of his adjusted growth curve and now sits right at the fiftieth percentile of his age appropriate curve.  Milestones such as sitting up on his own and rolling over were delayed for Owen, and his crawling was so delayed that he was referred to physical therapy.  Owen tackled the crawling but when it came time to walk, he was delayed as well.  At Owen’s 16 month check up, we reported to his pediatrician that Owen wasn’t walking yet.  She warned us that if  Owen wasn’t walking by the end of August, he would have to return to physical therapy.  I went ahead and scheduled out a month of physical therapy for him, only to happily cancel them all after he took his first steps on August 17th of this year.  I think Mr. Feisty is already trying to test his boundaries.

If you’ve read this far, this is all to say we wouldn’t be where we are today without the amazing team of nurses that took care of Owen for those 56 days, though “took care” doesn’t begin to cover it.  They became like family.  In addition to caring for Owen, they also monitored my health and Jacob’s.  Physical, mental, emotional, all of it.  They made us eat.  They made us rest.  They offered to drive me around after Jacob returned to work.  They made us talk about what we were thinking and how we were feeling.  They held my hand and told me it was okay to cry.  Then wiped my tears away when I did.  They spent time away from their own children in order to care for mine.  They answered all of our questions and when they didn’t know the answer, they said so, and came back to us once they found out.  They answered our 3:00AM phone calls when we just wanted to know what Owen was doing.  And on the days it took me longer than usual to get out of bed and get ready to make my way to visit Owen in the NICU, they called to make sure I was okay.  They made decorations when Owen turned one month old, and made me a gift for my first Mother’s Day, spent in the NICU.  I will never, ever forget those women and one day I will tell Owen about the family he won’t remember and will probably never see again. By Kayla Marie
1
A Valentine to My Toddler 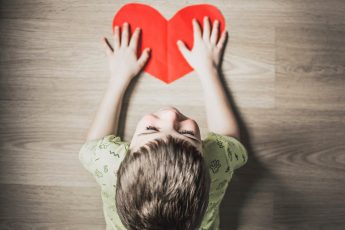 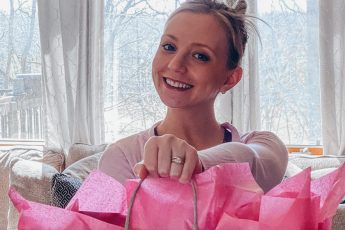