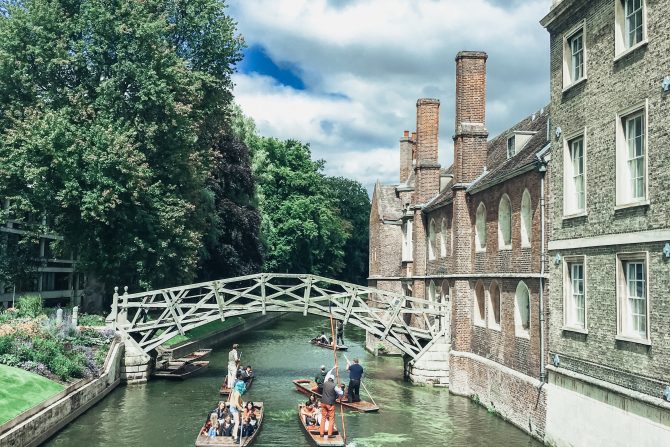 I rarely received any input from Jacob when I was planning our honeymoon to Europe, even when I asked for it. However, he was very clear from the beginning planning stages about two things he wanted from this trip. One was that he wanted to visit Germany. The other was that he wanted to tour the University of Cambridge, as his college mentor had studied there.

I wanted to make the trip to Cambridge as no-fuss as possible. With a three-week honeymoon, I would have enough to worry about and keep track of. So rather than renting a car and making the drive ourselves, I hopped on Expedia to look into guided tours. There are tons of options out there, but I ended up going with a full day Oxford and Cambridge tour through Golden Tours.

The vouchers that I printed off Expedia told us exactly the time and place to meet for our full-day tour. After that, it was a simple matter of choosing our seats on the bus and settling in for the ride. Jacob, still suffering from jet-lag, slept most of the ride, while I took in the scenery. The ride from London to Cambridge took about an hour and a half.

Once we arrived in the town of Cambridge, our tour guide led us to the University. He was great in that he provided stories and anecdotes along the way. Our tour group was given two hours to explore before we had to meet back at the bus.

The weather was colder than we expected, so the first thing Jacob and I did at Cambridge was buy sweatshirts! We then headed straight for King’s College.

King’s College is arguably the most famous aspect of Cambridge for its history and beauty. From an architectural standpoint, it is a structure that shouldn’t be missed. King’s College Chapel boasts the world’s largest fan vault, and we could have spent an hour or more admiring the beautiful stained glass.

After taking a tour of King’s College Chapel, snapping some photos, and trying to take in as much as possible, Jacob and I wandered the grounds for a bit before we were to meet back at the tour bus that took us on to Oxford. Did you know that only Senior Members of King’s College and their guests are permitted to walk on the grass? Jacob and I had a bit of fun with this fact, but don’t worry, we didn’t actually break the rules! Gives you a glimpse into our sense of humor, right?

On our walk back through town to our tour bus, we had the pleasure of walking over the river Cam. It was so picturesque and so representative of Cambridge. We were sad to leave Cambridge so soon but excited to move on to our next destination!

It took about two hours to drive from Cambridge to Oxford. Jacob spent the ride still trying to defeat his jet-lag, while I took in all the scenery along the way, geeked out over the cars driving on the left side, and snapped a few selfies in my new Cambridge sweatshirt.

Upon arriving in the town of Oxford, we had to do a bit more walking to actually arrive on University grounds. Our tour guide was very entertaining the entire way, though, again with interesting facts, anecdotes, and some jokes here and there.

I will never forget the moment we entered the University grounds because as I snapped a picture of Jacob in front of the entrance, I dropped my phone on Oxford’s cobblestone. One of my earliest souvenirs from the trip was a nice big crack all the way down my screen! Luckily, my phone was still useable for the remainder of our honeymoon and it was a small price to pay for all the memories we made on that trip.

Our tour guide then led us to Christ Church, Oxford’s most famous aspect. He pointed out all of the locations that were used in filming the Harry Potter movie series, which of course we two Potterheads ate right up! Again, our tour group was given some time to explore on our own before meeting back at the tour bus. Jacob and I explored the grounds, took more pictures, and moseyed about the quaint town of Oxford. We bought some more souvenirs; a t-shirt for me and a track jacket for Jacob. By the time we met back at the tour bus, we were spent and ready to rest our legs.

Overall Impressions of the Day

As two people who value knowledge and education, Jacob and I were so grateful to have had the opportunity to visit two of the world’s most renowned institutions. We loved every minute of the day and soaked up as much as we could. However, this was a long day! Don’t consider a guided day trip like this unless you are physically able to do a great deal of walking and have the ability to last through a 12+ hour day. Not to mention, on someone else’s schedule.

The bus arrived back at its terminal late in the evening. We even got some bonus facts from our tour guide on our ride back into London, including J.K. Rowling’s London address. The Potterhead in me would be lying if I said I wasn’t tempted to go check out her home.

After we disembarked from the bus, thanked our awesome tour guide, walked to the closest tube station, and got off at King’s Cross, it was well after 8:00pm by the time we got back to our hotel. We showered and headed down to our hotel’s lobby bar for a round of Moscow Mules out on the patio. Being too tired for a sit-down meal, we grabbed a takeaway dinner from King’s Cross.

We hit the hay early, ready to take on another full day in London in the morning! 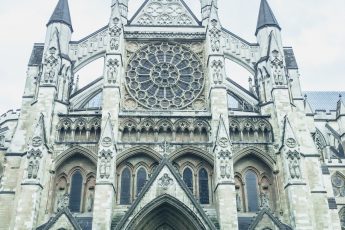 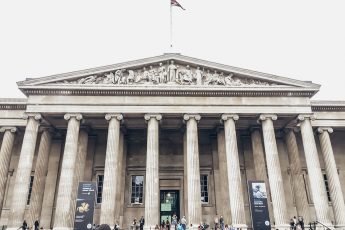